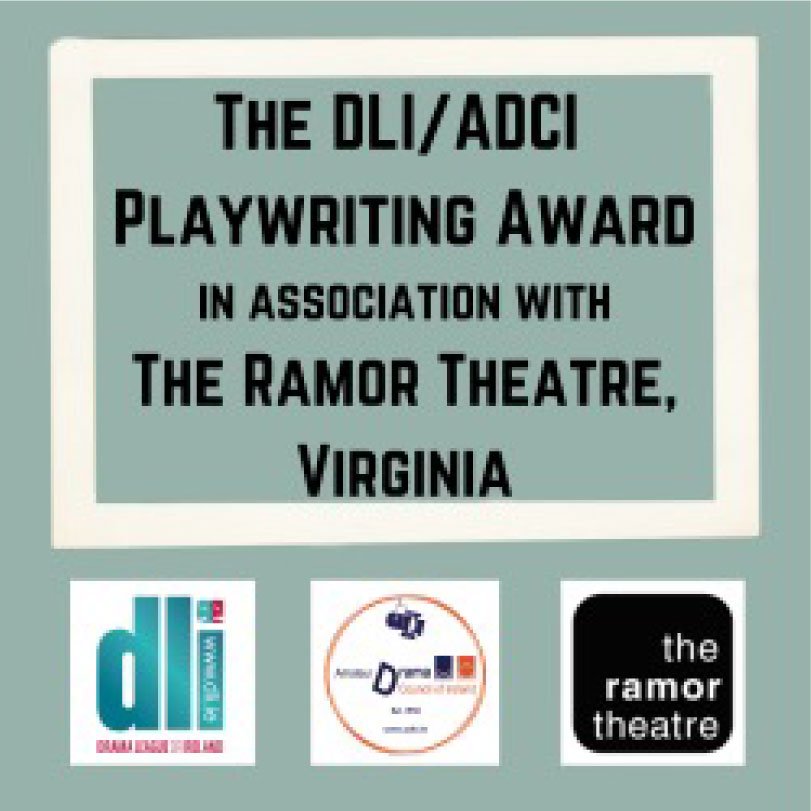 The winners of the 2021 DLI/ADCI Playwriting Competition, in association with the Ramor Theatre, were announced at the All Ireland One Act Finals in Ennis in December. Congratulations to the finalists, and to all those writers who submitted their plays.

Love the Pole,  by Mark Yeates

This one-act play is an absurdist black comedy. Millie visits her aunts reluctantly to celebrate her birthday. Life has not been good to her as a recent court judgement has gone against her. Her aunts, along with Barney, the singing butcher, are determined to give her a day – and a present – to remember.

Role of a Lifetime,  by Brian Walsh

When Claire returns after a break to her stand, she finds Frank waiting for her. There begins an argument about believing or not believing in clairvoyance. The play explores feelings and what has sometimes been left unsaid. The ending reveals that the seemingly superficial conversation has had more depth than imagined.

A successful artist who has made “art out of her pain” is about to unveil her newest and boldest work to date. She brings together her estranged siblings for a sneak peak of the exhibit. What ensues is an utterly dysfunctional but healing get-together. It is a dark  comedy that attempts to understand the agony and devastation of growing up with an alcoholic mother, yet also attempts to comprehend the pain of what it is to BE an alcoholic mother.

A Thousand Deaths,  by John Clancy

(Mrs Malone, Mary, Eileen and Mother can be played by the same person).

At the funeral of a wife and mother who has suffered for ‘A Thousand Days’ from dementia, the errant daughter and sister returns home on the day of the funeral. Family tensions and truths unfold in the church; there is anger, laughter, tears and some surprising revelations. People may think they are doing good, but do they see the real suffering. And will a shocking secret come to light?

The play is a black comedy. A census enumerator returns to work after suffering a traumatic car accident in which her wife was killed. Working on a new patch in north Mayo she encounters an unusual individual on his remote farm. In moments of danger, she is forced to learn about the value of independence and inner strength.

The play is about identity; about love and the different kinds of love from two different perspectives. Charlie’s mother and his wife both love him but in their own different ways – their love is manipulative. Charlie tries to please them, to be a ‘Fred Astaire’ but he is never allowed to be himself. How will he deal with the situation?

Manage Cookie Consent
To provide the best experiences, we use technologies like cookies to store and/or access device information. Consenting to these technologies will allow us to process data such as browsing behaviour or unique IDs on this site. Not consenting or withdrawing consent, may adversely affect certain features and functions.
Manage options Manage services Manage vendors Read more about these purposes
View preferences
{title} {title} {title}